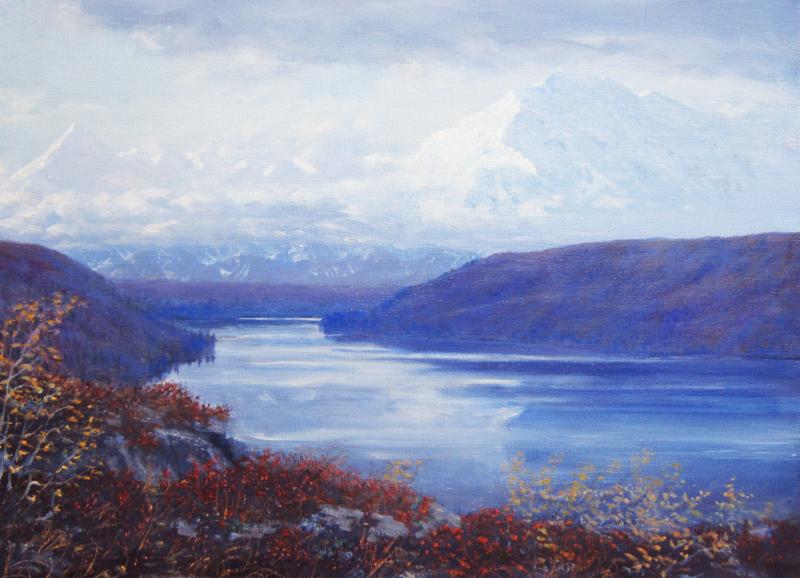 Explore the world through the eyes of David Rosenthal, an artist and explorer who focuses on the beautiful, vivid and often surreal landscapes of extremely isolated areas. Working entirely from memory, he lends a cohesive sensibility to all his work, independent of when and where he created it.

In this exhibit, Rosenthal presents a collection of work from all the extraordinary places landscape painting has taken him. This includes the polar regions of Alaska and other Arctic areas, as well as austral summers and winters at various locations across Antarctica. His works have been inspired by many places around the world, including Antarctica, Alaska, Greenland, the Southwest United States and the East Coast.

Originally from Waterville, Maine, Rosenthal has been a resident of Alaska for 38 years.

Facebook Twitter
Please check your e-mail for a link to activate your account.
Spread the word